French bulldog or pug: How to tell the difference!

Two of the most easily confused dog breeds to the uninitiated are the French bulldog and the Boston terrier-which is in many ways understandable, given the two breeds’ shared ancestry and undeniable physical similarities. But as anyone who owns a French bulldog will tell you, it is not only the Boston terrier that sometimes gets confused with the Frenchie-the pug is another petite, brachycephalic dog breed that people who aren’t overly familiar with the smaller flat-faced dog breeds often confuse with the Frenchie too!

In this article, we will look at the similarities and differences between the pug and the French bulldog, and how to tell the difference between them.

Are the pug and the Frenchie related?

The French bulldog breed originated in France in the 1850’s, but from English ancestry-the initial dogs of the breed were produced from the crossing of toy English bulldogs with local ratting terriers to create the breed that we now recognise today.

The pug, on the other hand, has a much longer known history, with the first recorded dogs of the pug type hailing from China, where they were prized by Emperors and other members of the royal court. Later, they were imported to Europe from the 16th century onwards, where once again they became popular with royalty, including Queen Victoria, before being bred and transported all around the world.

While the full ancestry of both breeds and the various dogs that were involved in their original formation will likely never be definitively known, there is no formally recorded shared ancestry between the two modern breeds, despite their basic similarities.

It is worth bearing in mind too that today’s pug looks rather different from dogs of the breed even as recently as a century ago, when pugs were much longer legged and less rounded, and had a much less exaggeratedly flattened face.

It is the modern trend for shorter legged, more flat-faced pugs that has led to the apparent similarities between the breeds! 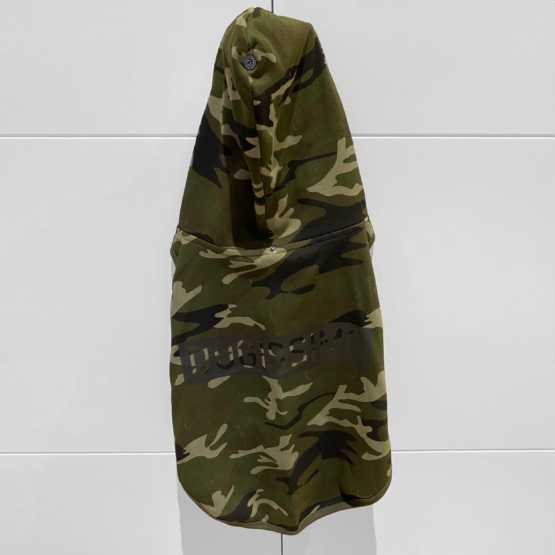 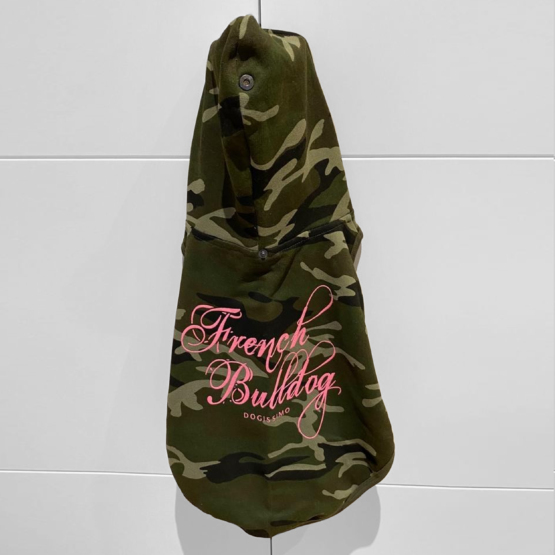 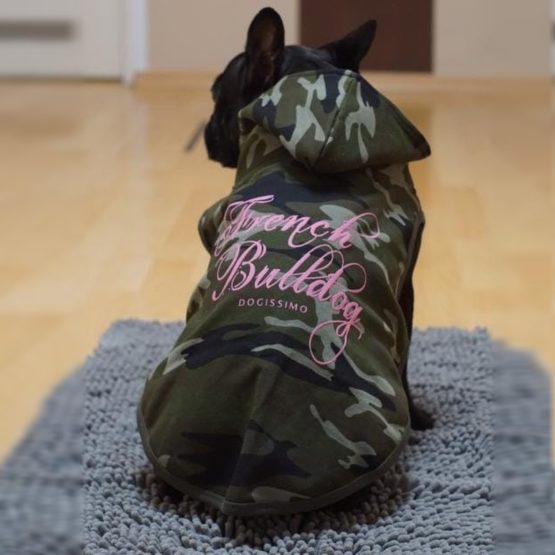 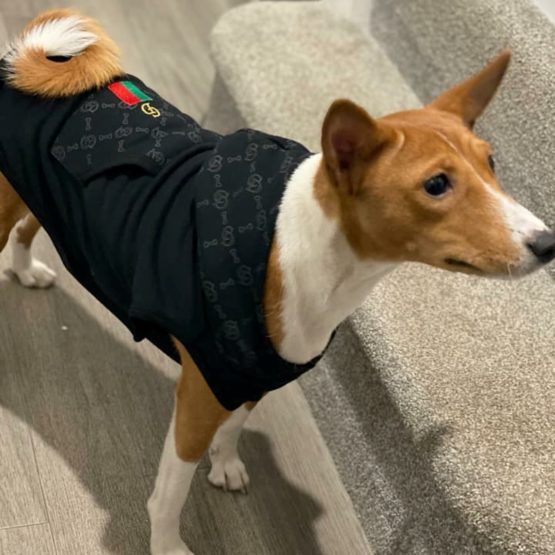 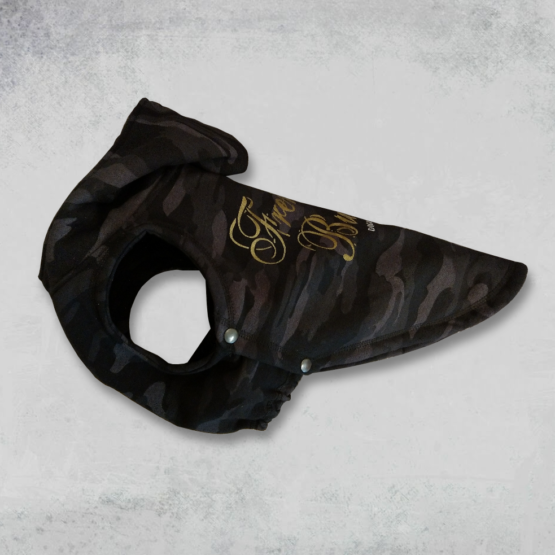 Both the French bulldog and the pug have loose, wrinkled skin, but the Frenchie’s fur tends to be fine, short and smooth, while the pug’s fur is often rather thicker and slightly coarser.

The French bulldog can be found in colours including fawn, white and brindle, and they are usually the same colour all over, or with just the odd little splash of white or another colour. However, some French bulldogs in lighter colours can have a darker mask too, which often leads to confusion!

French bulldogs do not come in solid black, and pugs always have black masks on their faces-which means that other than fawn with a black mask, you won’t spot a Frenchie and a pug in the same shades, so this can make identification a lot easier!

There are a number of distinctive differences between the shape and build of the Frenchie and that of the pug, which can help with identification. The first is the tail-pugs have a very obvious curl to their tails, while the French bulldog has a very short, straight tail.

The Frenchie’s ears are large, triangular and upright, while the pug has smaller, floppy ears.

Pugs and French bulldogs tend to be similar heights, but Frenchies tend to be more uniform-usually around 30cm high at the withers for both males and females, while pugs can vary between 25-35cm tall, which is quite a lot of variance for a small dog! 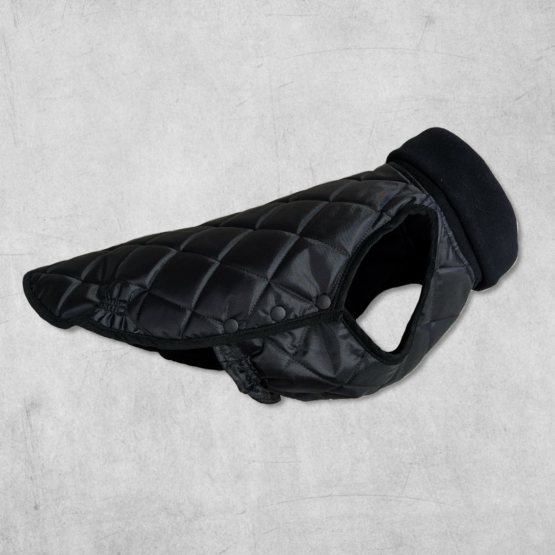 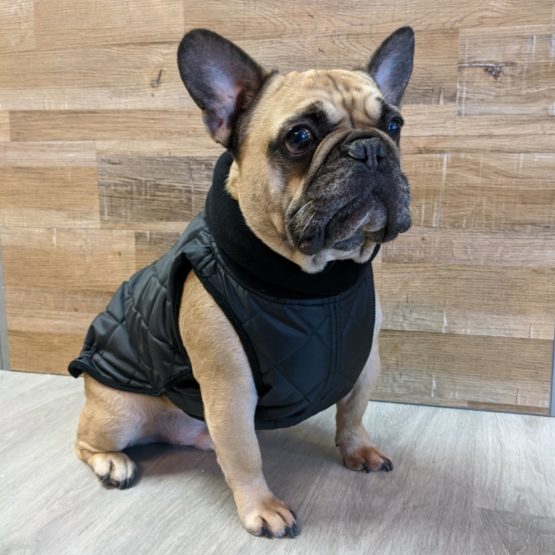 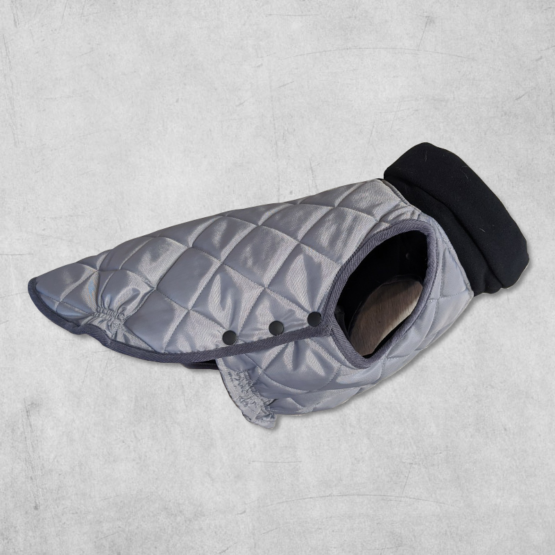 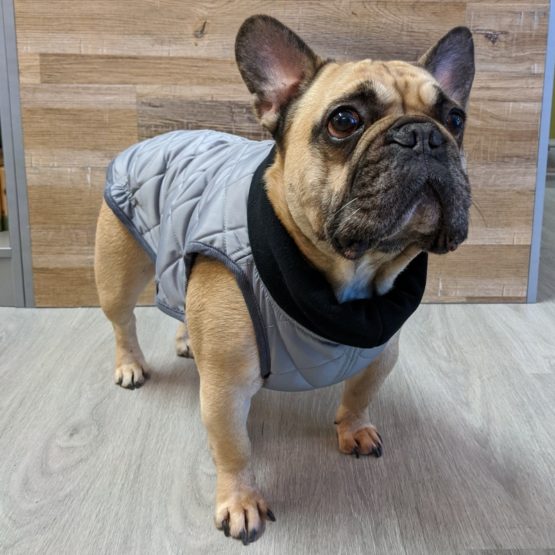 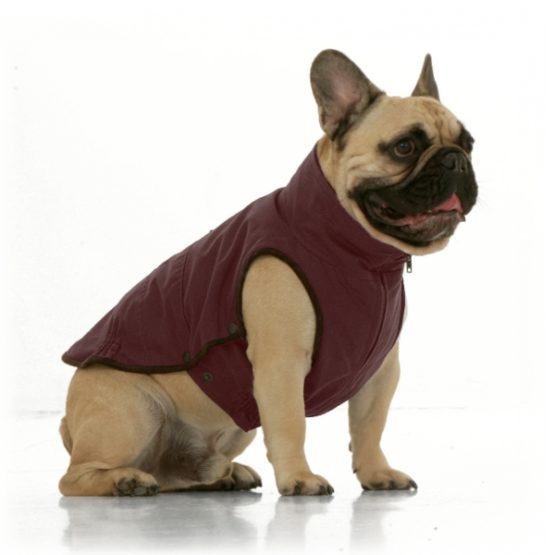 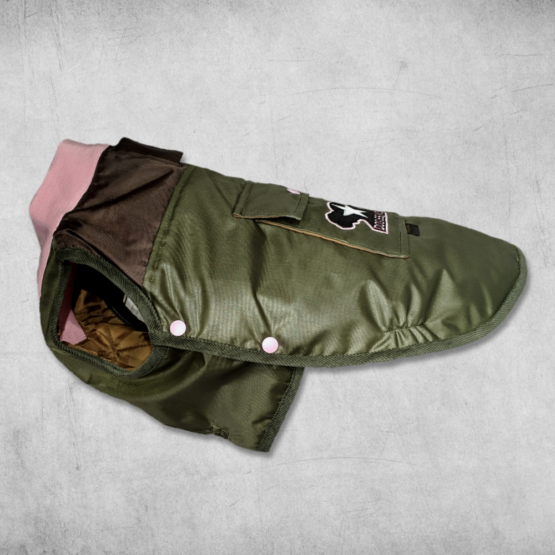 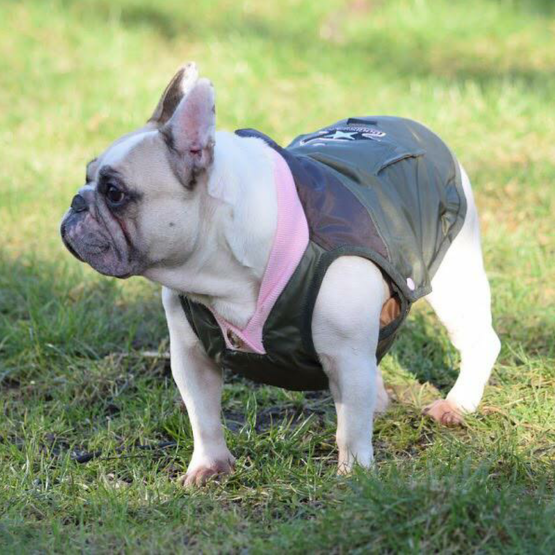 The pug is widely thought of as “the comedian of the dog world,” and some pug owners even say that their pugs are somewhat cat-like in their behaviour. They are funny, entertaining and full of beans, providing hours of amusement for their owners, and loving cuddles and affection too.

The French bulldog is a very loving, affectionate dog that does like the odd game of catch and will enjoy playing in the dog park with other dogs, but they tend to be less full of beans and not so interested in looking for trouble when compared to the pug!

The French pug (or Frug)

If you think you’ve got a fairly good grasp of the differences between the two breeds now, great! But here’s a curve-ball… The French pug.

While not a recognised pedigree breed, the French pug is one of the most popular up-and-coming hybrid or designer dog breeds of recent years-like the Labradoodle or the Cockerpoo. French pugs are bred from the crossing of pugs with French bulldogs, or of course, subsequent crosses of existing hybrid dogs with each other, or back to one of the original two breeds.

This means there can be a huge amount of variance from dog to dog when it comes to French pugs, as they take on the traits of both breeds to varying extents!

Spotted a small, flat-faced dog out and about and want to find out the breed without asking? First of all, check out our previous article on telling the Boston terrier and the French bulldog apart. Still sure you’re looking at either a Frenchie or a pug?

Is there anything you can do t...

Polly Player is a London-based writer and journalist who specialises in writing about dog training and behaviour, and veterinary/pet health issues. Having been raised with a whole menagerie of cats, dogs and horses, Polly began her career as a dog trainer and handler in the private security sector, before later deciding to expand her skill set into the fields of veterinary medicine and clinical care. Backed up by many years of hands-on experience as a veterinary nurse, Polly now works full-time as a companion animal advice writer, as well as locuming on a part-time basis in various veterinary clinics, in order to refresh her skills and keep up to date with the latest advances in veterinary medicine. A lifelong animal lover with a special interest in canine behaviourism and troubleshooting, Polly has two cats and two dogs of her own, one of whom works with her as a search and rescue volunteer. She also enjoys helping out/getting in the way at her mother’s busy dog grooming parlour when she returns home to the West Country to visit her family.

Other posts by Polly